Training For and Running My First Official 10K

I love exercise but I'm not a runner and never have been.  I've always had a gym membership but never went in the actual gym, always preferring to do classes (see my fitness regime here).  However, my boyfriend Tom is a runner, it's his 'thing' like classes are mine.  He's very good at it too.  He ran the marathon this year in under 4 hours despite the heat.

So when my friends (who are also runners) asked me if I wanted to sign up for the local 10k I was like errr nah.  I told Tom though and he was well up for it.  Easy for him to say as he can run 10k in his sleep!  In a moment of madness I thought maybe it might be good to train for something or maybe see what all the fuss is about with running.

The run took place this month and I sign up in June giving myself 4 months to train.  I did my research and found lots of training guides online.  This way I was able to build up to it gradually and hoped that by the time the run came around I could do it in under an hour. Tom was aiming for 40 minutes but forget that! 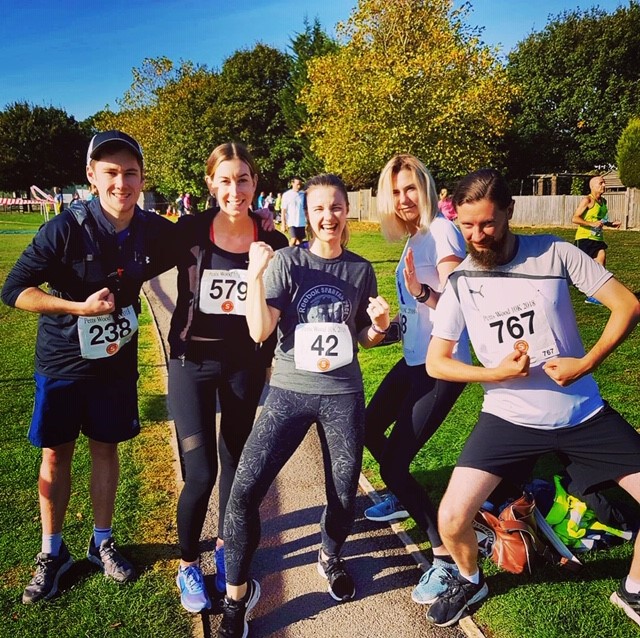 At first I did really well.  Running both weekend days and twice during the week at the gym. However, at the end of August I cancelled my gym membership because we were supposed to be moving house and travelling to that gym would be too far.  We then didn't move until the end of September and I still haven't signed up to a new gym.

So between cancelling my gym membership and moving house I tried to get in as many runs as I could.  I was doing 1 8km run a week which was tough at first but then got easier.  I planned out a few different routes which made it more interesting.  However, it was still taking me an hour to do 8km and I really wanted to do 10k in this time.

I tried the 10km about 3 weeks before the run and it really wasn't that bad although it took me an hour and 15.  I decided that maybe it wasn't about getting an amazing time but just finishing the run that counted so that's what I worked towards.  After moving I managed another two 5k runs which wasn't really enough but it's all I could do given the circumstances. 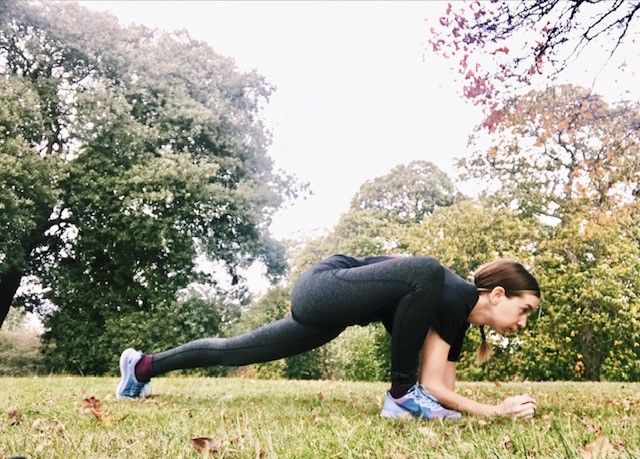 The day of the race came around and I was a little nervous but more excited as I was doing it with Tom and my friends so it was going to be fun and I realised I shouldn't take it so seriously and put pressure on myself to get a really good time, I just should enjoy it.  I decided I was probably going to get a time of around 1hr 10/15 and that was fine.

We headed off at 10.30 with Tom and my friends ahead of me, I was just going to take it at my own pace.  However, before we even left the park where the race started my shoe lace came undone and I had to stop to tie it up!  I also had my hoodie on because it was a bit cold when we were waiting around and then I had to tie that around my waist for the duration of the race which was a bit annoying.

Normally during my training runs I would stop every 1k for about 20 seconds to catch my breath, however, I didn't feel the need to stop until every 2k.  I think because I had everyone running around me it kept me going for a bit longer and I realised I could do better than I thought.  There were a few hills in this race which were tough but overall it was fun because you ran through woods and fields so it kept it interesting if nothing else! 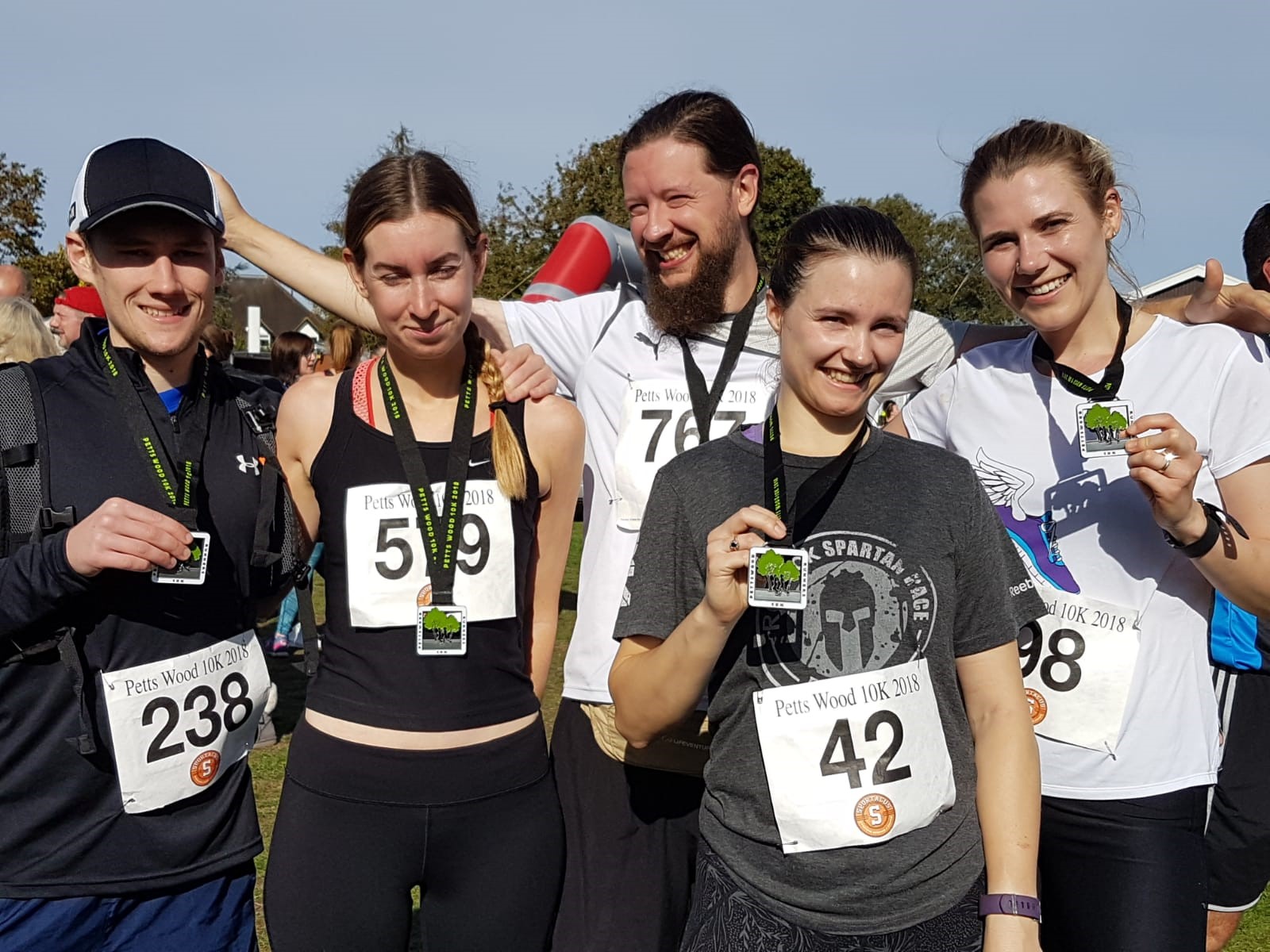 I made it to the finish line after just 1hr and 2 minutes so I was so so happy with that time, even if Tom finished in 42 minutes and my friends in around 55 minutes.  I may even do it again next year if I can train properly and maybe get a personal best!  I've definitely picked up the running bug and now that I've moved to Greenwich will be running around the park frequently I think :)