What I Bought In America

Obviously I couldn't go to The States without coming back with some American goodies.  If you missed my post from my November trip you can see it >here<.  I don't think I went as mad this time but I still got enough to keep me going until my next trip!

We obviously visited the outlet malls when I was there, there are literally the best outlets I've been to ever.  Way better than the ones in New York; more choice and even cheaper! I was spying some of the number plates in the car park and people seem to come from all over America for the outlet malls in Orlando.

So after all that chat of me hyping it up I'm afraid I only bought one thing!  There were huge queues in a lot of the shops and then I came down with a headache due to consuming too much sugar (but we won't go into that) and we left early.

Anyway, the one item I did get I am very excited about.  They were cute denim overalls from Levi which I picked up for $40.  I'd been pondering over buying some for ages so I knew when I saw these I had to get them.  They are so comfy and will go with so much, I even wore them out that evening! 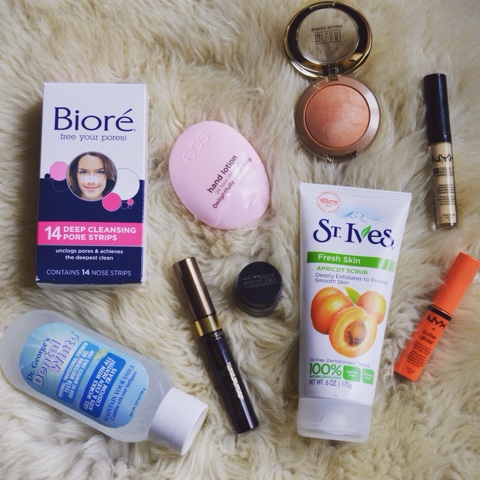 I'm literally obsessed with the drugstores in the US, they are so much better than ours.  AND we seem to be the only country that doesn't have Sephora - what's up with that?!  So I hit Walgreens as I always go and feel like I'm in heaven.  This time I picked up some Biore pore strips which are half the price in the US and you get twice as many in the pack, winning.  I got an Eos hand cream which I believe they have just launched.  I'm obsessed with their lip balms so I knew I had to get a hand cream.  I bought Maybelline gel liner because it's a staple, L'Oreal tinted brow gel which we don't have in the UK yet and I can report already it's amazing!  I got a Milani baked blush in Luminoso because it's another staple I didn't have and can't get in the UK, St Ives face scrub (cheaper in the US), the new NYX HD concealer and one of their lip butters in Cherry Cheesecake which I love!  I also picked up the Dr George's whitening gel because I'm still on my quest for whiter teeth :) 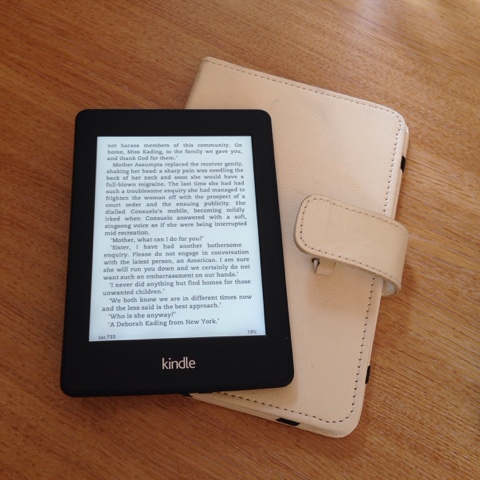 I also picked up a Kindle Paperwhite because I've wanted one for ages and knew they were half the price in the US.  I'm so happy with it, I can't put it down.  I've had it for less than a month and I'm on my third book already.  It's so easy to use, so lightweight, hardly ever needs charging and such good quality.