My Birthday and The Night I Met Millie Mackintosh

Wow this past week or so has been so hectic, hence why I haven't had a chance to get on here and write.  I thought I would just give you an update as to what I've been up to.

Last week saw me turn another year older and to celebrate I partied with Millie Mackintosh from Made in Chelsea, no seriously!  Anyway I'll get to that in a bit..

Before that I was running about in London; Christmas shopping on Oxford St and attending a Human Rights seminar on Human Rights Day (I won't bore you with that, this is a fashion blog so let's stick to the agenda!) then for my birthday I had the day off work and spent it with my mum.  We headed to Bluewater shopping centre for a bit of retail therapy and a spot of lunch.  The mall was not too busy actually as I thought it would be hectic with Christmas shoppers this time of year but perhaps everyone has been organised this year?

We had lunch at Cote Brasserie which is a really really nice French cuisine place http://www.cote-restaurants.co.uk/ and I had salmon fishcakes on a bed of rocket.

As I mentioned in my last post I was a bit naughty and bought the Marylebone Aspinal of London tote so as a very special present my mother gifted me with the matching make-up bag which I am absolutely in love with.  I just need the purse now! 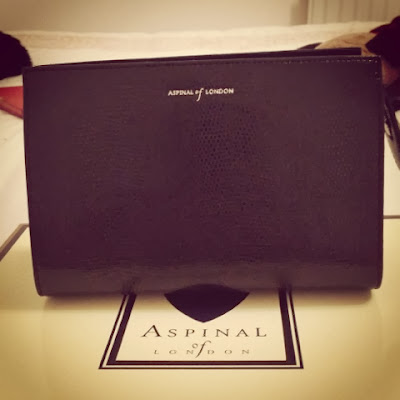 The next day I was back at work with my Christmas party commencing that evening.  This took place at a venue called Trinity House in Tower Hill which was a very traditional building with Georgian style features.  We had a cocktail reception and a 3 course meal followed by a DJ until midnight.  As always I ended up being the last one on the dance floor!  It was a really good night and was nice to see everyone so full of cheer and enjoying themselves after a tough year.

On the Saturday night I went out with my friends to celebrate my birthday to a club in Shoreditch called The Hoxton Pony.  Shoreditch is a very trendy area where the cool kids hang out and Hoxton Pony is a cocktail bar which was voted the best bar in Shoreditch last year.  I'd never been here before but reading the reviews I thought I would give it a try and I was not disappointed.  It was not a very big place but had two floors.  We spent most of the time downstairs as this was where the dance floor was, so obviously that's where you're gonna find me!  They played an eclectic mix of dance and house music and had a good selection of cocktails.

About an hour after we arrived someone said they saw Professor Green in the VIP area and when I looked I could see him poking his head out and waving to people.  I knew then that Millie must be there because they generally always seem to be out together.  Then about an hour after that Millie and her model friend Charlotte De Carle walked straight past me and I kind of went into panic mode, shoved my drink at the nearest person and fumbled in my bag for my phone.  I then asked Millie if I could have a photo and she agreed, taking my hand to walk over to the VIP area to ask her security guard to take the photo.  She was so sweet, telling me I looked lovely and to have a good birthday.  I cannot believe I met my idol, as anyone who has followed my blog these last few months will notice how much I admire her!  So that pretty much made my entire birthday (and year!) and I'm so pleased that she was such a lovely person.  It makes me like her even more (if that's possible). 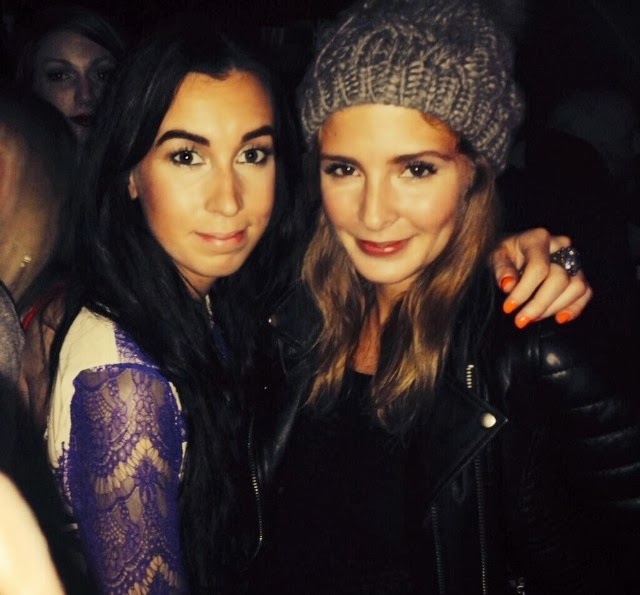