This weekend I was lucky enough to attend Vodafone's London Fashion Weekend.  I've been a few times before and it's always a really good day out.  I think I would actually say though that this was the best one yet. 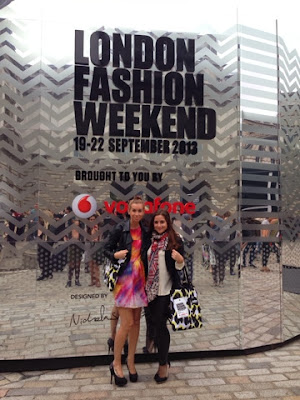 We arrived at 1pm as our allocated time slot was 1-4pm.  It took place at Somerset House on the Strand and was very busy when we arrived.  We had to queue to get our tickets and goodie bags but this didn't take too long.  Everyone was fashionably dressed (obviously) and there was so much inspiration and muse around, I was trying to take it all in. 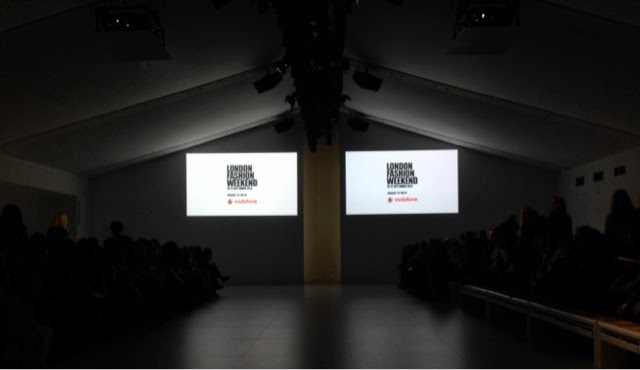 Once inside we took a look around some of the pop-up shops to see what was on offer and everything was really quirky and cool.  Then we queued up to see the 2pm catwalk show which is my favourite part of the day.

The catwalk show we saw was the trends show which basically shows you different trends that are predicted to be big for this season with different designers showing their pieces. We were lucky in that we got front row seats.  I always prefer this to the designer show.

So the first trend predicted to be big this year is called 'Pretty in Pink'.  This obviously featured a variety of shades of pink in different styles of outfits.  One would assume that dressing in pink would have to be girly but that's not the case.  Some of the outfits we saw were just as boyish but with a girly spin if that makes sense.  So if you're not a girly girl this doesn't mean you can't rock this trend. 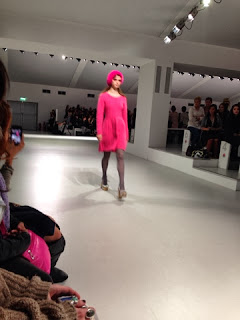 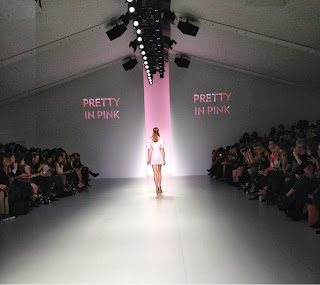 The next trend we saw was called 'Back to Nature'.  This is all about wearing earthy colours so greens, browns, blacks etc.  I liked this trend because I think it's good for people who like to dress quite classic and smart which I do, especially for work and I find it sometimes hard to look 'trendy' at work so I'm really looking forward to wearing this trend. 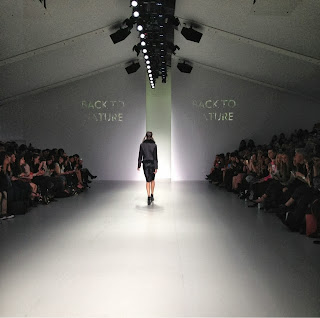 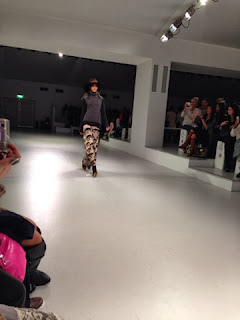 The next trend we saw was called 'Shape Up' and was all about wearing different shapes and geometric prints.  Prints can be quite flattering especially for people that are of a slightly larger shape.  I think worn correctly they can be quite slimming.  You could wear something that has a bold pattern on it but then wear it with something plain or you could go for something quite daring and wear two different clashing patterns.  It's really a look of anything goes. 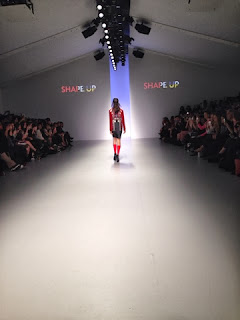 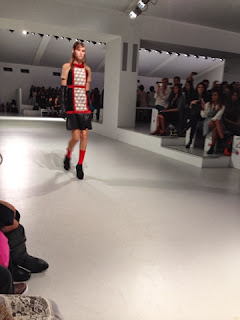 The last trend we saw was called 'Victoriana' and this was probably my favourite from the lot because it consisted of Victorian style clothes and a lot of black and white.  As much as I love my bright colours I do like classic colours as well and I think especially for winter this will be an easy trend to pull off and will look effortless which is a look I love.  I think this look would suit everyone. 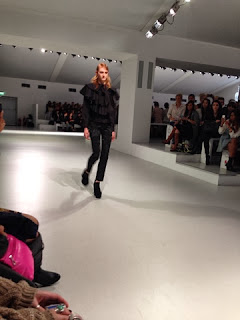 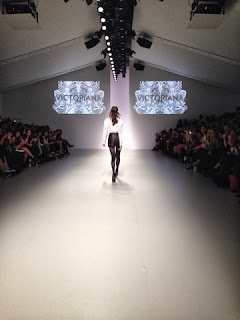 The show lasted about half an hour and we then took a further look around the grounds. We went into a really cool studio they had where they were taking 360 degrees photos. You had to do an action shot and they caught you all the way around.  I will try and upload the photo if I can because it's really cool!

Then around half 3 we went and got a coffee to check out our goodie bag which consisted of Toni & Guy haircare products, Maybelline mascara and nail varnish, lemon candies, filter coffee and flavoured tea.  So we did pretty well!

If you've never been to Fashion Week I would definitely recommend checking it out next time round.  It's normally on twice a year (February and September) and generally at Somerset House.