Why I'm No Longer Vegan

I went vegan at the beginning of 2016.  I loved it and was so passionate about it.  I bought loads of vegan cookbooks, created Pinterest boards and followed loads of vegan bloggers on Instagram and YouTube.  I loved checking out vegan restaurants and of course shouting from the rooftops that I was vegan to anyone that would listen.  I was vegan and proud.

At that point in my life I was single, living by myself and so not really eating out that much. I cooked a lot at home which I really enjoyed.  Then in 2017 I met my boyfriend and although I'm not blaming him, I did start to eat out a lot more and started to get a bit bored with the small vegan options that were available.  This lead me to become a bit miserable with being vegan especially when it came to dessert because often there was never any vegan dessert on the menu and I LOVE dessert!

Towards the end of 2017 I started to hear a lot more 'rules' around veganism.  I heard that avocados were not vegan because they harm the bees?  I heard that you couldn't be vegan if you weren't zero waste?  I heard that you weren't truly vegan if you ate at a restaurant that served non vegan food. Then of course there's the whole giving up leather goods, products tested on animals etc etc and the whole thing just boggled my mind and I felt like I was never going to keep up with it.  Also, I was never going to give up avocados.  Ever.

So I was becoming more and more confused as well as miserable and finally this time last year after doing some research I decided I was no longer going to be fully vegan.  I saw there were people calling themselves 'practical vegans' which basically means you eat vegan 95% of the time but when circumstances arise where it is not possible to eat vegan, rather than go without you eat non vegan.

I was really nervous when I first came to this decision and worried what people would think. I felt like I had to keep justifying my decision but actually people were really happy for me and even excited that I could 'eat their food' again.

Recently I've seen a lot more people that were huge vegan icons go non vegan.  They have similar stories to me and also realise that perhaps being vegan isn't the healthiest option and it really doesn't work for everyone.  Although we are still able to get protein from plants our diets are very high in fibre and so this will then prevent our bodies from breaking down our food if we have too much fibre and therefore we won't benefit from any of the protein so it may actually be better to get protein from eggs or fish/meat. 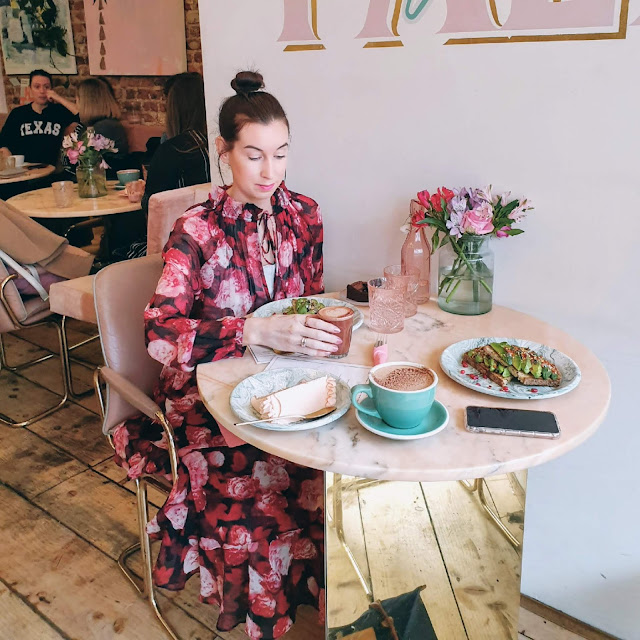 I still don't eat meat or fish and probably never will.  I very rarely eat eggs unless they're in something like cake.  I still only buy dairy free milk and during the week all the meals that I prepare for myself and my boyfriend are plant based.  It is really only when I eat out that I am more relaxed and will have something with dairy or egg in it.

I don't want people to think I have jumped on this 'no longer vegan' trend.  I actually went non vegan a year ago but obviously all the people that have come out as non vegan this year has helped me in a way to also come out and not feel so ashamed about it.  What I don't appreciate is the other vegans that are now being nasty and rude to the non vegans for no longer being able to keep up this lifestyle.

I find it really judgmental and narrow minded, something I did not expect vegans to be like.  Everything has their own issues and what works for some people just doesn't work for others.  Just the way that some people have an intolerance to gluten or lactose and others don't.  We should be supporting each other not criticising in times of need.

Although I am not fully vegan anymore I still try as much as I can do make little changes:


There's so much more I want to try to do going forward but I can't be perfect, I can't be a superhero but I'm trying!  I think people doing even just one of these things is amazing.

Anyway, this is a lot longer post than anything I've written before (I think) but I just wanted to get my story out there too.

Please leave any questions below!

Follow me here to see my new diet changes @wonky_lauren