A Weekend in Newcastle

At the end of September I took a trip to Newcastle for the weekend.  The trip came about because we wanted to get tickets to see The Arctic Monkeys but as they sold out in London super fast we impulsively booked tickets for Newcastle instead and decided we would make a weekend of it. 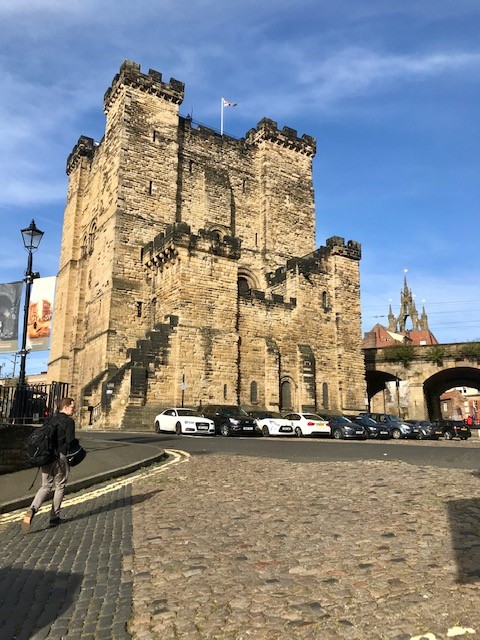 This was the furthest north of England I'd ever been.  If I'm honest I'm always a little scared to go any further north than Cambridge, preferring my home comforts of the South!  I was pleasantly surprised though and would definitely go back.  Their night life is one of the best I've experienced in the UK!

We traveled on a Friday afternoon from King's Cross on a Virgin Train.  We get a third off our train tickets with our Two Together train pass.  Unfortunately because we had booked our tickets quite last minute we didn't have seated reserved which meant we were faced with standing for 3 hours along with all our luggage! 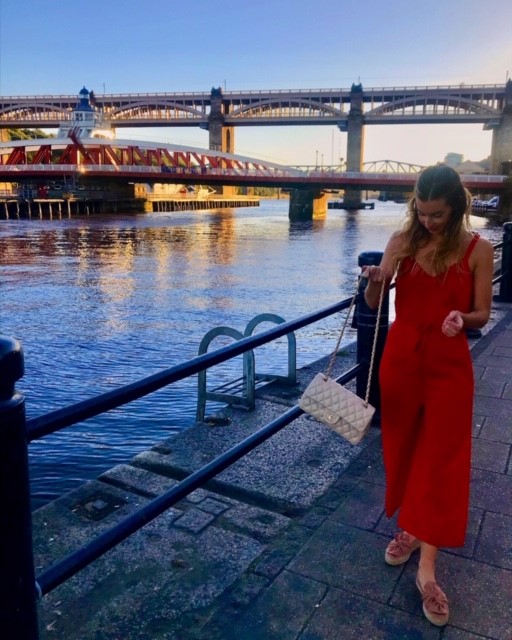 However, there were seats in First Class available so we paid £35 each to upgrade and had a nice relaxed journey up North.  First Class was amazing, the staff are so attentive, you got meals and drinks included and also free wifi the whole way which was great for me as I had a last minute project I was working on to finalise.

Once we arrived we checked into our hotel which was the Premier Inn Quayside.  It was lovely and had a great view over the water and bridges.  I love staying in Premier Inns because they are so good for the money and always so helpful should you have any problems.  I am planning to book with them again when I go to Cardiff in December. 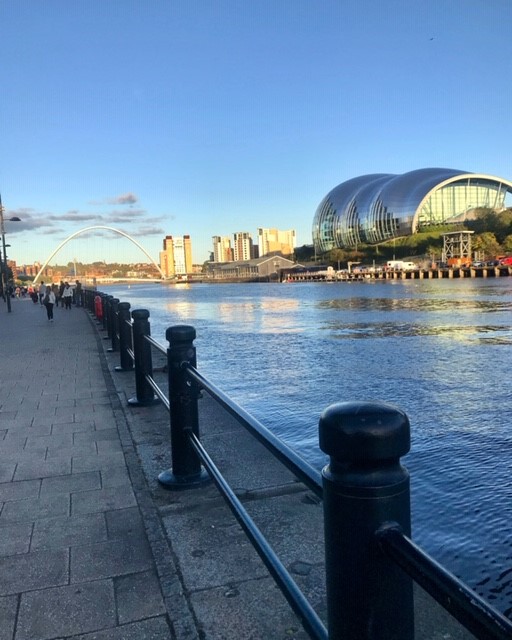 The Arctic Monkey's gig was the Friday night so after chilling in the hotel for a bit we got ready and headed out.  We wanted to get food and drinks so we stopped at a place called Hop and Cleaver that did half price cocktails all night.  The cocktails were awesome too and the food was so so yummy!  I had the mac and cheese with a side of halloumi fries. 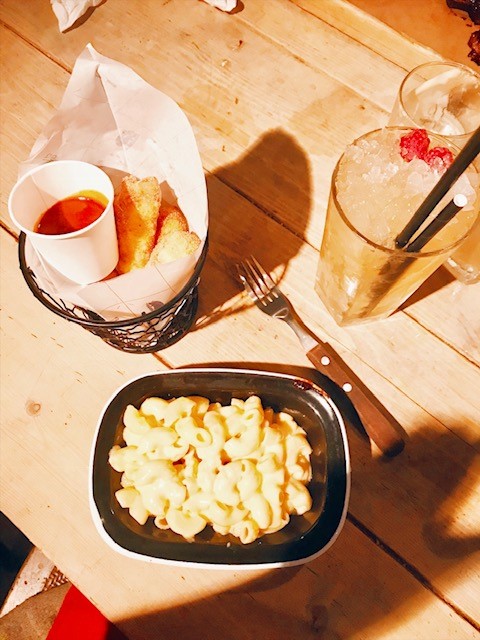 After several cocktails we made our way over to the Metro Arena along with thousands of other Arctic Monkey fans.  They were just amazing.  We had such a good time, singing and dancing along.  I saw them back in 2009 when they played Wembley and my boyfriend is such a big fan he saw them the week before in London at the 02.

On the Saturday we weren't sure what to do so my boyfriend suggested we catch the Newcastle v Leicester game.  I'm not a massive football fan but I do like watching live football for the atmosphere.  I agreed so long as we could check out the vegan place I'd found on my Happy Cow app.  I still try to eat vegan as much as I can but am not as strict now. 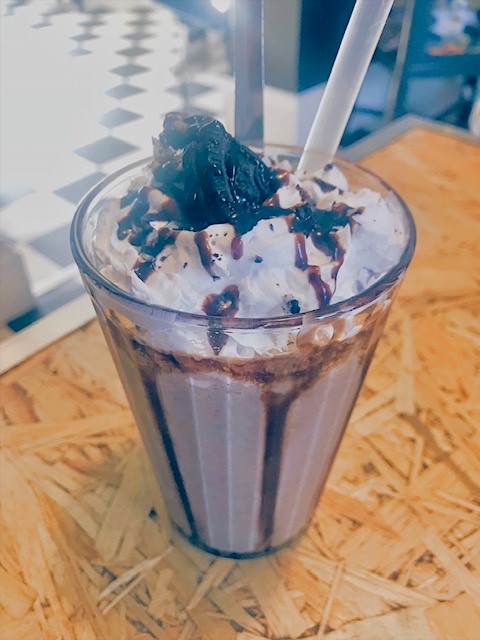 So that's what we settled on.  We made our way over to The Grumpy Panda for the most delicious vegan brunch.  I had the pancakes and Tom had the burger.  We also both had the milkshakes which were to die for!  Belly full and happy we took a slow walk over to St James Park for pre-game drinks and then entered the stadium. If I'm honest I didn't really have a clue what was going on in the actual game but the atmosphere was great and it was a really nice stadium.  It was a beautifully clear day too so that definitely helped.  Once the game was over (I can't even remember who won!) we went back to our hotel to chill and decide where we wanted to go in the evening.

As we had already had a big night the night before (I'm in my 30s now!) we decided to just go for a nice meal and have a few quiet drinks.  I checked Tripadvisor to see what was around and we found an Indian restaurant called Raval which had 5 star reviews.  The food was very good and so were the cocktails although I wasn't overly impressed with the service, despite booking a table we still had to wait about 30 minutes to be seated. 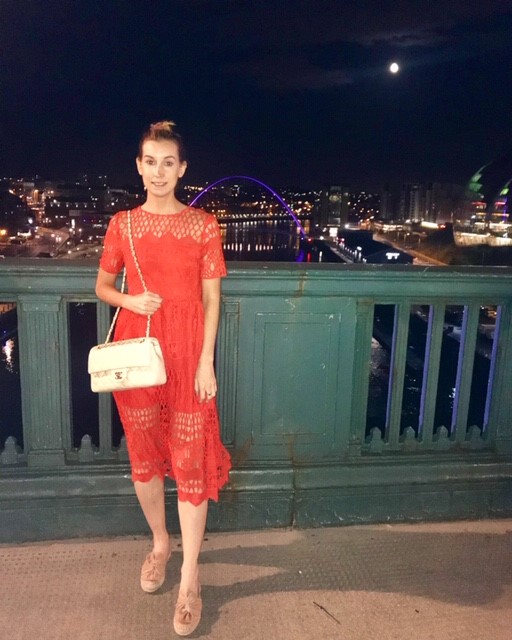 The next morning we decided to just head straight back to London as we were excited to get back to our new house we had only moved into the week before!  We checked out of the Premier Inn which was nice and easy because you just had to drop your key card in the box by the front then we headed to the station to catch another Virgin train back home.

I would definitely recommend Newcastle for a city break.  There's so much to do, great food places and such a fun night out!  I really need to start visiting cities in the UK more often. 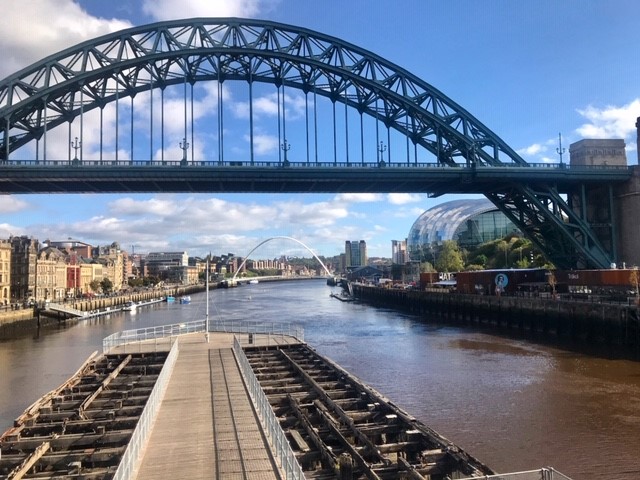 Have you been to Newcastle?