Thursday Ten: The Temptations of a Modern Woman

We're all human, we all have temptations and it's nothing to feel guilty about.  So what exactly are we getting tempted by in this day and age with social media being a huge impact in most of our lives.  I have a look at the temptations we face as women in the modern world. 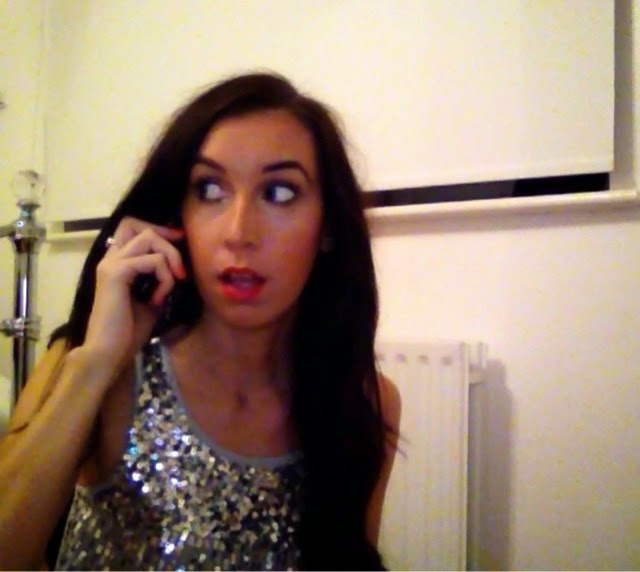 This is probably the main one we all get tempted by.  Constantly having to check Twitter, Facebook, Instagram to see what's happening in the world because let's face it, the world might stop if we didn't.. right?

I feel like these days people are always on their phones and can become quite anti-social with it.  My pet hate is when you're out for dinner and someone is on their phone. Granted sometimes it might be an emergency but most of the time it's not so please, STOP!

We seem to always want to keep up with the latest celebrity trend whether it's an outfit, hair style or tattoo.  Sometimes it can be okay but sometimes we need to learn to just be ourselves and not try to be something we're not.  We need to accept ourselves for who we are and be happy with what we've got.

Staying In vs Going Out

I don't know whether it's just because I'm reaching my late twenties now but the thought of going to a sweaty nightclub, drinking too much and feeling hungover and tired the next day is just not appealing to me anymore.  Or maybe it's because I get much more excited about what's on TV and relaxing on my sofa after a long week at work.  However, I think it's healthy to still go out and catch up with friends so I try to have a nice balance of the two.

Naughty Treats and Over Eating

I don't think this is necessarily a modern temptation, I'm sure it's one woman have been struggling with for years but it seems to have gotten worse.  There are so many fast food places now and it's easier for us to get food delivered.

I'm by no means saying all modern women do this but I feel it's happening more with both women and men these days.  People don't seem to respect each other as much or have regard for their feelings.  And some people just don't want to settle down now whereas before it was the normal thing to do.

There are so many distractions on our phones nowadays that we hesitate a lot more than we used to.  Just last night for example I came out of the shower and before drying my hair I thought I would check my phone quickly.  20 minutes later...

Now that we have the great world wide web and online shopping we can shop 24/7!
Which is amazing right.  However, we are then more tempted to shop and spend money when in fact we really don't need any more stuff.  Not really a bad thing though is it?

I don't think this is a modern temptation either but it still goes on today.  The need to fit in with the crowd, hang out with the 'cool group', smoke, drink and do stupid things just to look good.  I've always believed that there's no such thing as a 'rule book' and that I won't conform to society's standards.  Here's to being a non-conformist!

There's nothing wrong with it but I feel some girls take it too far and feel they need to prove something.  There's also nothing wrong with being with a man; it doesn't define you, you're still your own independent person and can go and earn your own money.  At the end of the day we were put on this earth to reproduce so try to find a happy medium!

What are your modern temptations?