This Saturday I attended the BST Festival at Hyde Park with headline acts such as The Enemy, The Pogues and The Libertines.  Here is my WLE write up...

Wear
The weather had been so hot and sunny all week and then it got to the weekend and was windy and rainy. Typical.  It wasn't too bad actually, it probably rained for about half an hour when we were there but it gave me an excuse to rock out the Hunter wellies.  I teamed these with a black pinafore from New Look (the children's section), a cream lace top from Next and a rain mac from H&M (not shown).  I only really wore the mac at the end because it was quite warm for most of the day.  I think this outfit was super cute for a festival and if I was brave enough I may have put flowers in my hair! 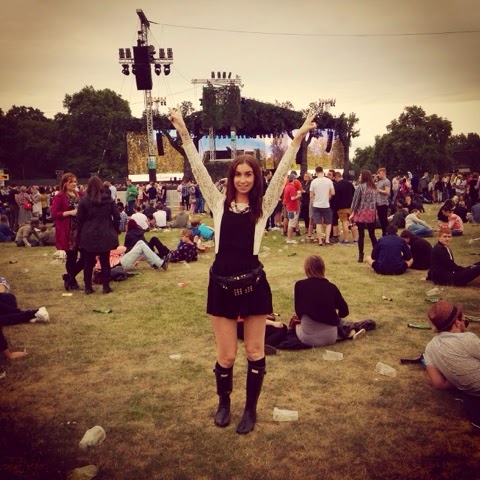 Life
I don't think I've ever spoken about my love for Pete Doherty on here before but I am absolutely OBSESSED with the guy.  I know a lot of people don't like him and that's their opinion but I've fan girled him since I was at school.  I've got all his albums and read all his books.  He's actually a really talented person and really intelligent.  He went to university and writes all his own music.  I have a book of a collection of his poems.  He's a very deep character and really gentle but he's also a troubled soul.  I think he has cleaned up his act a lot and he seemed a lot better when I saw him perform.  The Libertines' performance was absolutely amazing, I can't even get over how good they were.  The whole day was just awesome but that performance really was the icing on the cake for one of the best days of my life so far :) 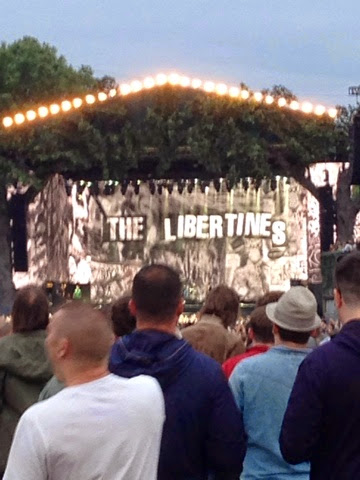 Eats
I'm quite a fussy eater but fortunately festivals nowadays seem to cater for everyone. They had tonnes of stalls with meat, veggie, vegan, gluten free, dairy free and healthy options available.  I didn't even know where to start!  I seemed to go a bit backwards and had the yummiest brownie I have had in my life when I first got there.  It was gooey at the bottom with salted caramel running through the middle.  Then a bit later I had a falafel wrap.

Did anyone else attend any of the BST days?