Thought I'd do a post today filling you in on my bank holiday weekend escapades!

Saturday was the day that rained and rained and then rained some more.  It just didn't seem to be giving up.  Usually on the Saturday of August bank holiday I will go to SW4 but this year we decided that the line-up looked better on the Sunday.  So I was actually really really glad we decided this because I absolutely HATE the rain and would not have been loving being at an outdoor festival in that weather!

Anyway, I did have to venture out into the rain on Saturday because it was my friend's birthday and him and his girlfriend had organised a BBQ at their house.  Luckily they had a marquee that people could shelter under and this was also where they had the BBQ so the food did not get soggy ha!  As I said I do really hate the rain so I stayed in the living room and had my food passed through to me haha.  I'm a vegetarian so had Linda McCartney vegetarian sausages in hotdog buns which was yummy :)

Below is a little pic of me in my outfit, details of which you can find on my Instagram. 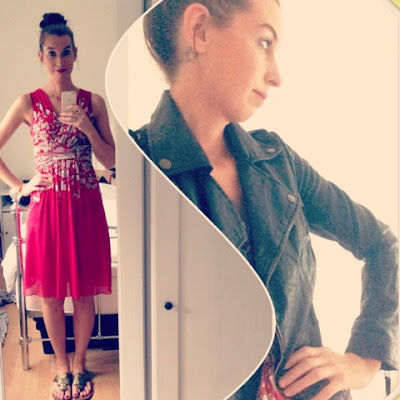 Fortunately the rain stayed away on Sunday and the sun was shining strong.  We headed over to Clapham Common about half past 4 where the festival was in full swing.  When we got there we went straight to the bar and were drinking ciders.  I don't normally drink cider as I find it quite fattening but at a festival I think it's the perfect drink.

We then went to the main stage and saw Andy C who played some pretty heavy drum and bass.  I absolutely love DnB though and the heavier the better for me!  Everyone was skanking hard in the mosh pit.  It was awesome.  He also had MC GQ MC-ing over him which was cool and I'm finding a lot of DJs are doing this now.

After Andy C we went and got some Mexican food.  There are so many food stalls to choose from and have something for everyone.  I went for a falafel wrap with halloumi cheese.  Then we headed back to the main stage to catch Knife Party.  I've seen these play a few times now, including Amnesia in Ibiza and I just can't get enough of them.  They were really really good.

We then went to the Together tent to see Rustie.  Together is the night they put on in Amnesia which is mainly dubstep and DnB so I knew I would love this because Together is my favourite night in Ibiza.  I've never seen Rustie before but I'd heard that he was meant to be pretty good.  At first his set was quite mellow and was a bit of a slow start.  He then dropped a beat and had full on bass playing.  Everything got a bit exciting then!

After that we ran over to the Bedrock tent to catch Boys Noize.  Again, I had heard a lot of hype about this fella and really wanted to check him out.  The tent was quite full so I'm guessing a lot of people had the same idea.  Once squeezed inside we saw this huge black skull with red eyes that lit up, then the music came and we saw that Alex Ridha was standing at the top of the skull which he was using as his decks.  This blew me away before the music even started.  His sound is very electronic dubstep and reminded me a lot of Skrillex.  Skrillex is probably my favourite DJ so I was very happy about this.  I later read that he has done a lot of work with Skrillex and so I'm guessing Sonny Moore has had quite an influence on Alex's sound.  This was probably the highlight of the festival for me and I will definitely be looking out to see when Boys Noize play anymore gigs in or around London.

Lastly we ran over to the main stage to catch the last of Example's set.  I've seen Example twice already this year.  Once at Earl's Court and again in Ibiza.  So yeah I have a lot of love for Elliot Gleave!  It goes without saying that he was really really good.  He always sings (and never mimes like some!) and puts on a good performance.  He really got the crowd going and it was a fantastic end to the festival.

Below is a photo of what I wore which you can check out on my Instagram! 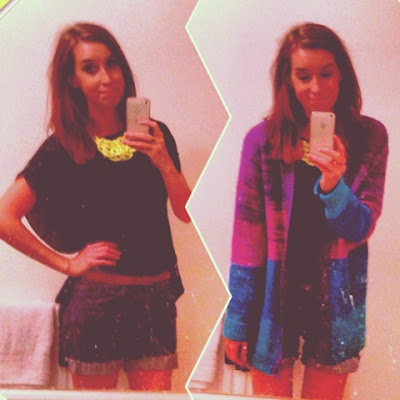 Monday I thought I would head over to Notting Hill Carnival for a bit.  I always like to go to carnival and I think this is my fourth time.  It always has a good vibe and everyone is in a happy mood.  The music is like reggae/ska and they have lots of stalls selling Caribbean style foods like jerk chicken and corn on the cobs.  I didn't go for very long as I didn't get up till late due to be out late the night before and then I wanted to be home at reasonable time before going back to work today, so I don't have loads to report on the carnival. However, I can say I had a really good time and anyone living in or around London should definitely check it out next year.  Especially if the weather is good.  If you have never been before then you should try it just for the experience because it's one of a kind! 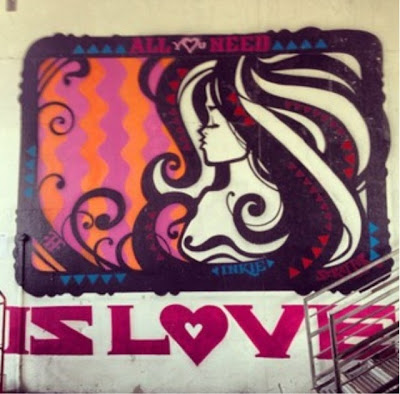 I hope you enjoyed reading this post.  You can check out my latest video here where I should you some cool ab techniques that work for me: http://www.youtube.com/watch?v=K7-iRDdtV1A You can also follow me on Instagram: theperksofbeingwonkylauren and Twitter: wonky_lauren.